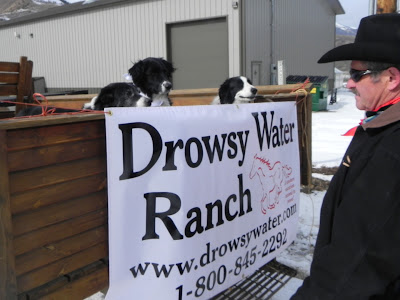 Part of living on a Colorado Dude Ranch is, usually, living in or near a small town. At Drowsy Water Ranch, we have Hot Sulphur Springs, a tiny town about six miles from the ranch and Granby, a slightly larger, but still tiny town about seven miles from the ranch. Living here, you get to know the people that live in town and you have “small-town” occurrences nearly everyday.
Here are few small-town examples I’ve noted in the past few days.
1. First off, Drowsy Water Ranch entered a float in the Hot Sulphur Springs parade during the closing ceremonies of the 100th Anniversary of the Winter Carnival. Hot Sulphur had the first winter carnival in the nation; the town has a ton of great history! 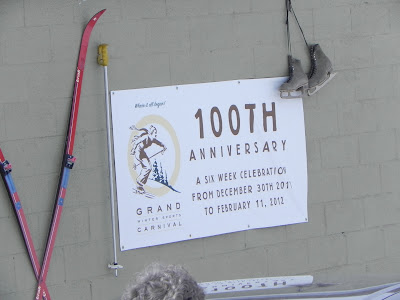 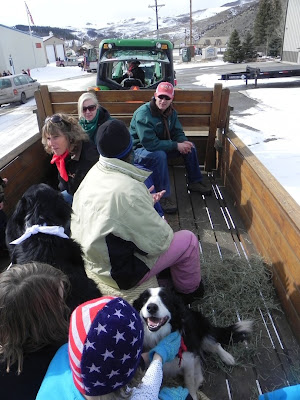 As you can see from the pictures, it was not exactly a Macy’s Day Parade or anything; the streets were not packed with onlookers and the floats were pretty minimalist. Somehow, Drowsy Water’s float won first prize in the business division. Don’t ask how many businesses entered. 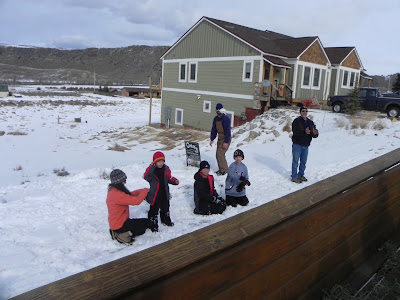 2. Yesterday, at the grocery store, an older gentleman offered me a nickle for my children. I told him that, while his offer sounded lucrative, I’d heard the return rate on these things was high and that returns were often tedious. We both laughed and went on our way. We met up again in the check-out aisle, and he told the cashier (whom we know on a first name basis from being at the store so much) about his offer an my refusal. She laughed, too. 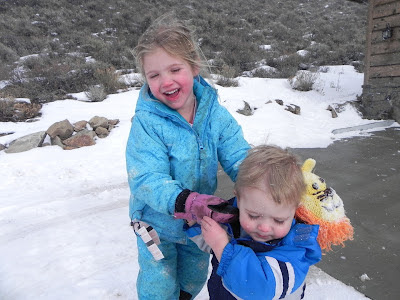 Across town a few minutes later at the post office we ran into the same gentleman. (Most people have the same run of daily errands). This time, he said,
“I am flattered that you all keep following me. But if you follow me home after this, I’ll have to call the police.”
I laughed.
He then said, somberly and with a gentle smile,
“Hold on to those little ones. They grow up too fast. Mine are all grown and I miss them everyday.”
I almost cried.
3. On the way home from the grocery store/post office, we drove by the little three-bay car wash. All three bays were in use. All three bays had trucks parked in them. All three bays had men in cowboy hats washing their trucks. You’ll only see that in a Colorado small town. 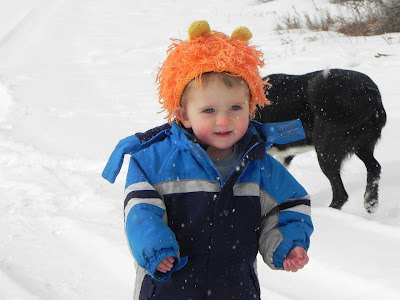 4. At our weekly library time with the kids, our librarian knows to lock the door behind us because Chase, at 15 months, will open the front door and escape onto the streets of Hot Sulphur if she doesn’t. The people that come in behind us know that if the door is locked, just knock. Then when they come in they say, “Chase must be here today!”
Kacey Underwood2012-03-08T13:25:00+00:00
Page load link