The relationship between a horse and a human doesn’t make sense.
From a biological standpoint, we are predators, and they are prey.
A horse’s instincts will tell him to fear humankind, and most of them definitely start out doing just that. Anyone who has ever worked with a brand-new horse can attest, by the look of fear in his eye, that he believes he will shortly be eaten.
A horse has an extremely developed fight-or-flight response to danger; it is his body and his mind’s nature to react rather than to think. You could say he has a “thinking side” of the brain and a “reacting side” of the brain. In a new horse, the reacting side takes up 90% of his mind space. When humans take horses and start developing working relationships with them, what we’re essentially doing is trying to shrink the reacting side and strengthen the thinking side, little by little, until we have an animal that approaches challenges or scary tasks with logic and teamwork rather than fight-or-flight. Sounds simple enough, right? But where do you even start when this 1200 lb. animal thinks he’s destined to be your dinner?
It all starts with trust. 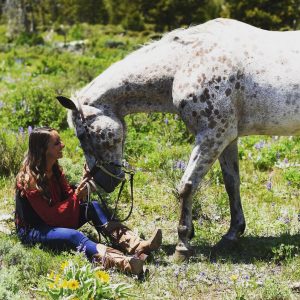 It certainly requires trust for a prey animal to let a predator on its back! Buck Brannaman puts it this way: “You tell a horse, ‘Don’t worry, I just want to climb on you, in a posture [similar] to how a lion would kill a horse’…….and then you say, ‘Oh, one more thing, I want to strap the hides of dead animals on you’.” Well said, Buck. We might as well sprinkle salt and pepper on the horse at this point. When a horse sees this situation and says “ok”, you can bet he has a bit of trust in his human. This comes from building a relationship with him before you even pull out the saddle.
We won’t go into all the details, but with persistence and the good building blocks of any relationship (communication, trust, commitment, respect, more trust, and a mutual effort to truly understand one another), what was once predator and prey become a functioning team. Indeed, a horse and his rider often become so in tune with one another, that each knows what the other will do before they know themselves!
Isn’t it amazing? 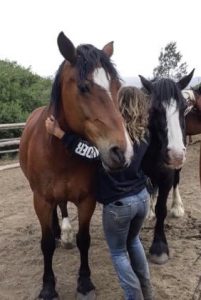 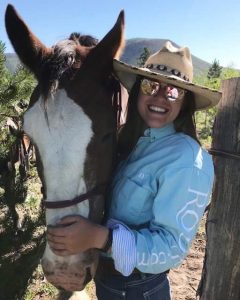 Building a relationship with a horse is one of the most rewarding endeavors imaginable. It’s through this building process that the look of fear turns into a look of understanding and respect. You look into a horse’s eyes and you’re certain that you are deeply known. He trusts you, because he knows you’ll never put him in danger. You trust him, because you know full well that he has the power to squash you if he chose to do so, but he never will. He respects you, because you are his partner and leader. You respect him, because you know that he’s gone against his most basic instincts to become your most loyal friend. Suddenly, a relationship that “doesn’t make sense” is the most natural thing in the world. 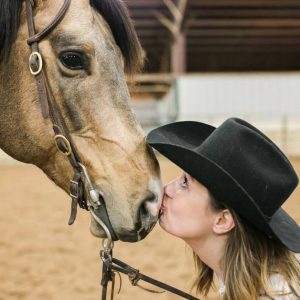 It can be awfully difficult to fully capture the magic of this relationship in a short blog post such as this one. The best way to understand this kind of bond is to experience one for yourself. Come form your own friendship with a horse at Drowsy Water Ranch!
After all, one can never have too many friends! 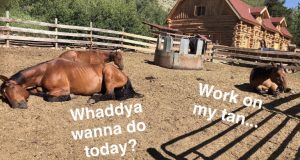